This is THE family recipe of a very traditional cake from the region of Savoie, in the French Alps. This is my grandma’s region, and I think she got this recipe from her mother.

The gâteau de Savoie goes back to the 14th Century when the Count of Savoie Amédée VI hosted Charles IV of Luxembourg in 1358! The Count was hoping to ease the diplomatic relation with his overlord with this new recipe. The most fluffy and light cake his pastry Chef, Pierre de Yenne, could invent!

This is a very light recipe as there is no butter or milk. This recipe is very often used as a base to other pastries.

Ingredients for the best Savoie cake Separate the eggs.
Mix the sugar with the egg yolks in a bowl until the mixture becomes almost white and fluffy. For a minimum of 10 minutes according to my grandma! This is the most important step of the recipe! This will make the cake fluffier!

My grandma was only mixing by hand with a wooden spoon or a whisk. As a kid, this was my task when I was around. I can tell you, this is a great challenge for a kid and a tiring exercise!

In another bowl, add a pinch of salt to the egg whites and beat them until (very) stiff.

People who read this post also liked:  How to master the art of eating cheese like the French?

Then gradually sprinkle the flours over the yolk and sugar mix. Add 2 spoons of the stiff egg whites and mix slowly. You can then add the rest of the egg whites to the mixture and stir together quickly without breaking the stiff whites.

Transfer the mix to a baking tin; you have previously buttered. Bake in the oven at 180°C or Th. 6 for 50 minutes without opening the oven door!

For more French traditional family recipes, check out these other posts:

My mum’s veal stew with vanilla! One of my favourite dish! 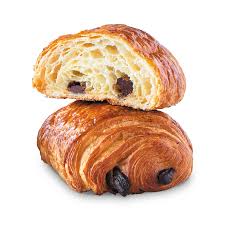