The holiday season is a special time of the year in many countries around the world and it is even more special as an expat!

Five expat bloggers from different countries reveal their personal experiences of a French Christmas. How they feel about being far from home for this special occasion (and in these extraordinary times). Their blog posts will give you a good overview of how does France celebrate Christmas.

This is the second edition of the Expat in France link-up to gather expats living in France experiences. In the first edition, the first expats shared about what they have learnt from being an expat in France.

Making memories in Perpignan with Camden from Baguettes & Bicyclettes

Camden describes herself as “a twenty-something American living in France teaching English“. She is a francophile and studied to become a French teacher. She finally ended up teaching English in France. Quite a nice fortune, don’t you think?

Camden makes us wander around the Perpignan Christmas market, a South-West of France middle size town! If your local Christmas market has been cancelled this year, it will give you a pretty good idea of what to expect for next year. And the simplicity and authenticity of the French towns will win you over!

Perpignan is close to the Mediterranean and the Pyrenees. It makes it a great hub to discover the French Catalan region! You will find good tips to discover this region on Camden’s blog Baguettes and Bicyclettes.

Chloe is from Devon in the UK. She has been blogging at My Life Living Abroad for quite a few years now. She shares her tips on her French life and French red tape to help her fellow expat friends.

Chloe settled in Paris a few years back. She became a Parisian and will soon become French I believe according to the start of her French nationality application series on her blog! Stay tuned for her next episodes.

Chloe describes her French family authentic Christmas meal and traditions with her British view on French cuisine! And I fully agree with her! (I don’t think many French people will agree with me, especially the one that doesn’t really know the good English food!)

France should get some inspiration from British cuisine. Read her post on the Four reasons to spend Christmas in France, you will understand why! I’d be happy to know if you’d do the same as Chloe and bring this missing ingredient to your in-laws!

Most of what Chloe describes about Christmas with her in-laws is quite similar to how my family spends Christmas. Her story will give you a sneak peek at how France celebrates Christmas.

Holidays in Paris with Sarah from Sucre Blue

Sarah remembers her first Christmas abroad in France as a teenager and shares her thoughts on how she felt as he was spending for the first time this traditional holiday in a foreign country in the French Alps!

Sarah also shares her French Christmas experience as an adult woman and living the French life in Paris with her French husband.

Having never been to the USA during the holiday season, I didn’t know about an unspoken rule between Thanksgiving and Christmas time in the USA. I’m sure this rule is broken every year in France! Don’t you think?

Sarah moved for love to Paris from Ohio, USA and now shares her love and her discoveries in this emblematic city on her blog Sucre Blue. You will find a very detailed and accurate explanation of the French administrative process she went through but also personal recipes.

Waseema from the blog Our French Adventure (unfortunately Waseema recently closed her blog) brings the sun of Cape Town, South Africa to France and to Alsace!

December in South Africa is the start of the summer holidays! Far from the Northern hemisphere reality of a white Christmas, Waseema reveals the Cape Town traditions over the holiday season.

Now living in Alsace with her family, the magic of the Alsatian Christmas conquered her children. They discovered not only the cold but the Alsatian winter! Waseema transmits all these magical moments in her writing! If you don’t remember the feeling of seeing snowfall for the first time, Waseema will remind you with her story!

Thank you for that Waseema! Happiness lies in little moments like this and warm memories!

If you are wondering how does France celebrate Christmas, add a trip to Alsace in December to your 2021 bucket list. Paris excels in department store decoration and the magic of the City of Lights. However, Alsace is the epicentre of French Christmas magic all along December!

People who read this post also liked:  The best in France: 5 expats tell us what they love here and can't get at home

Photos from Waseema – Our French Adventures

You could think Jocelyn is from Brazil from her blog’s name: Samba Through Life!

I think I found her blog researching Brazil, my dream country! Jocelyn is Americano-Taiwanese or maybe Taiwanese-American. I’m not sure there is a correct way to mix culture 😉 Jocelyn is a Californian melting pot that lived in Brazil, moved to Paris, married a French man and is in search of good food from Asia and the world!

Jocelyn tells us more about her family multicultural Holiday celebrations and her favourite Holidays traditions in Paris. You already know there will be some food involved and of course the magic of Paris! Is Jocelyn’s favourite French winter food your favourite too? Let us know in the comments.

If you like travelling to Europe, Asia, California and Brazil, Jocelyn shares her anecdotes and personal tips while she “samba” through life!

Travelling and cultural discovery couldn’t be complete without tasting it! Jocelyn gives us her good restaurants, recipes, street food addresses she finds along the way! Her blog is a great inspiration and way to travel, also when we stay at home!

How does France celebrate Christmas wrap-up

What all expats have in common during the holiday season away from home is the nostalgia or saudade as the Brazilian would say. Jocelyn will understand the special meaning the Brazilian give to this emotion.

The expat nostalgia and the homesick feeling mixed with the gratitude of living an exceptional life of constant discovery. All these 5 testimonials and personal thoughts all share this same feeling in their own way.

I’m thankful to be at home in Lyon for the holidays, but I also feel nostalgia and saudade as one part of my family couldn’t travel back to France from Taiwan for Christmas.

I wish Happy Holidays to all expats living in France and beyond! And I give a special thank you and wishes to Camden, Sarah, Chloe, Waseema and Jocelyn! 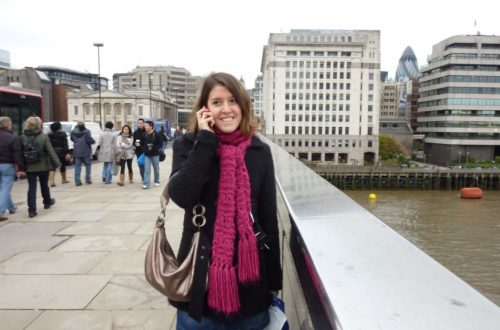 Why do I help expats relocate to France? 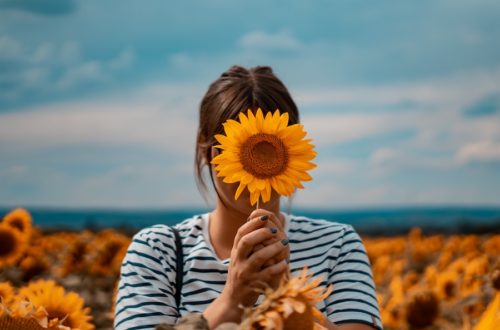 The top things learnt being an expat in France