As says Anne-Marie Berthier in her studies of the Influence of Catholicism in French Contemporary mentalities. Catholicism is a religion “to help the poor” and where getting rich is not well seen. Even though France is now an atheist country, its Catholic roots left some traces. Knowing the France minimum wage and the median salary will help you position yourself on the salary scale to negotiate your salary and also will give you an idea of the cost of living in France.

I have also written a full post on the French cost of living.

Know the France salaries in your area of expertise

Saying this, it doesn’t mean French people do not get prepared to talk about salary expectations during a job interview or that they don’t negotiate a pay rise every year or so.

The job market is different from what you may be used to and the salaries vary greatly depending on the industries and the job position. It is therefore important to do some research based on your specific situation, experience and industry before you go to your first job interview. You can check recruitment agencies analyses such as Hays or Micheal Page, for example

I will now address the French minimum salary and also the average salary as it helps to get a better idea of general incomes in France.

People who read this post also liked:  The 5 errors freelancers in France make that they regret

As it is the case in many other countries, France has a legal minimum wage. It is reevaluated annually in line with the inflation and also takes somehow into account the salaries general evolution.

So when you consider the cost of the fixed charges in France such as the rent, you quickly understand that living on a SMIC is tough even though other financial help may be available. According to the French National statistics entity (INSEE), about 10% of the population in France earn €1,247 net per month or less. 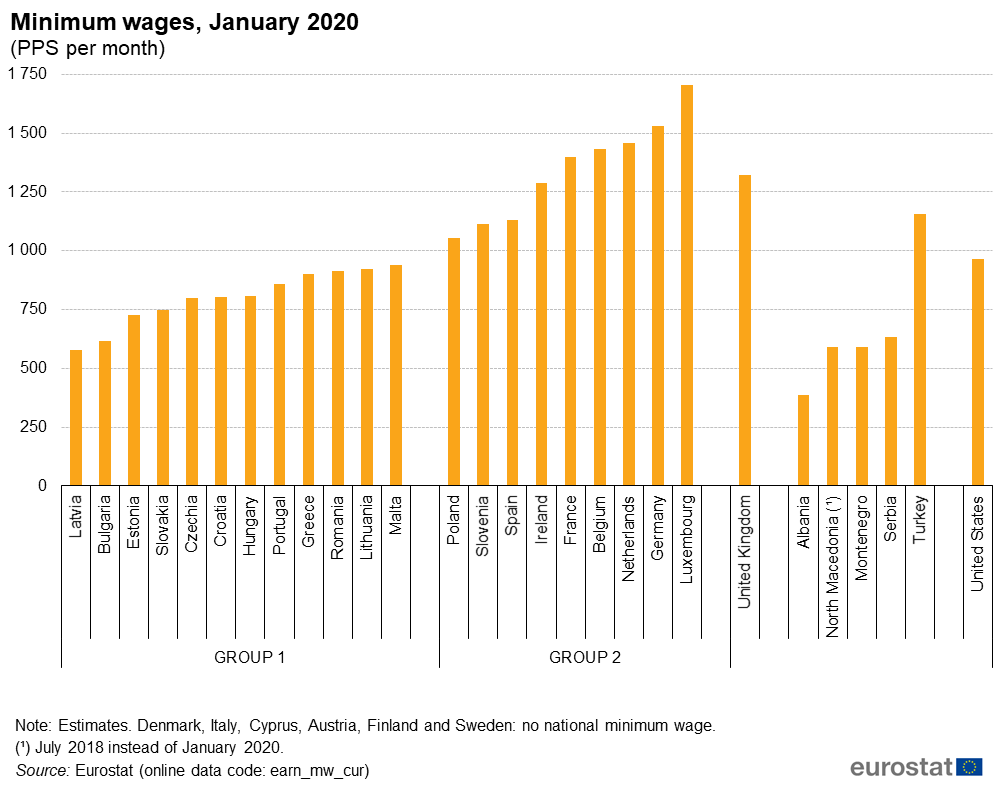 The difference between the average and the median salary

An employee working full time in France makes an average income of €2,340 net per month (based on INSEE data for 2017). This number is not so meaningful as the top salaries impact the average. Half of the working population in France earns less than €1,845 net/month, the median salary.

At the beginning of 2021, just over 2 million private-sector employees, or 12% of the workforce, were paid the French minimum wage (Smic), according to the Dares, the statistical service of the Ministry of Labour.

It is considered that the 30% lowest salaries, earning under €1,534 net per month, represent the under-qualified employees (often women), working in the area of services or workers.

Salary in France is usually expressed monthly or annually. The employers only use the gross amounts. The hourly rate can also sometimes be mentioned for some type of position. The income tax withholding in France

Defining the net salary can be a bit complex in France.

First, the concept of net amount differs between France other countries as the income tax withholding has just been implemented in 2019 only. Therefore, until last year for a French person, the net amount received on the bank account every month was before paying income taxes. The difference between the gross amount and the net before income tax is about a 22% deduction for the social charges for the employee.

Also, this percentage will vary depending on whether the employee has an executive work contract (statut cadres) or an employee position (statut non-cadre) or is self-employed (indépendant).

The difference between social contributions and income tax

I realised that many expats don’t necessarily make the difference between social contributions and income tax. This is certainly because both social charges and income taxes have been deduced on payroll without necessarily specifying the detail as it would be on a French payslip.

Don’t get me wrong, there are very few French people that get into the detail of their payslip and understand everything. We find it very complex too!

People who read this post also liked:  Micro-entrepreneur taxes and other costs: what to expect

In France, social security contributions, as per its name are financing the social security system (including, for example, maternity leave, healthcare, pensions, unemployment benefits). These are pre-assigned amounts for specific funds.

Whereas the income tax budget is managed by the government and its spending vary on government politics a lot.

I hope this information helped you make sense of the French salary system as I have always found it very different from the other countries I have worked in such as Spain or the UK.

Mademoiselle Guiga
from Expat in France

*** This post contains affiliate links. If you finalise a service through those links, I may receive a small commission, at no cost to you. This is a great way to support my blog if you’re planning to take this service anyways. Thank you for your support as blogging is not free 😉 *** 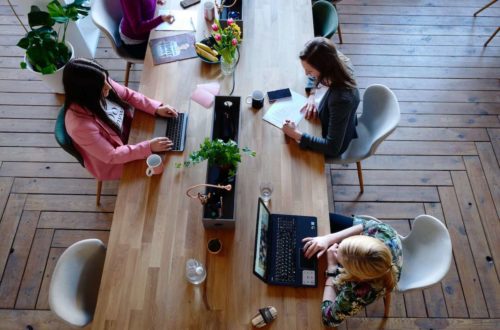 The 5 errors freelancers in France make that they regret How I found a job abroad thanks to networking?